I wrote this blog post in a few stages, but the main purpose is to summarize part of our week spent with Dr Ludwig Seifert, an excellent wildlife vet who has worked in Uganda for more than 30 years. To give a little background, we are staying in little student rooms on the Mweya Peninsula in Queen Elizabeth National Park, which is home to many species of wildlife. One memorable night this week we saw a leopard walking into the trees, watched elephants strolling a few meters from our door and opened the curtains to see a hippo munching some grass behind our rooms.
The first few days we spent time helping out with a human disease screening project, and I wrote some of the following paragraphs while I was waiting to enter patient data:


I am sitting in a warm room in the back corner of a run-down medical clinic in Muhokya, where we have been since 8:00 this morning. There are scuffed yellow walls with HIV posters hung up with band aids or masking tape, and a lineup of patient people waiting to receive an ultrasound. Tara is standing behind Dr. Eberhard Zehyle as he runs the ultrasound probe over a woman’s abdomen, Elad is taking notes while watching the ultrasound screen, Katie is drinking water to stay hydrated in this stuffy place, and Ilse and I are recording patient information. We switch back and forth doing different things and I am on the job of initial patient identification, which leaves a bit of time to write as there is a current back up at the “long survey” station Ilse is running. 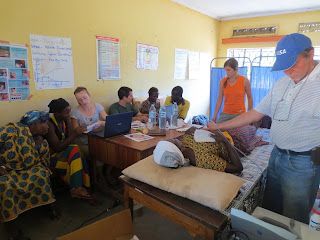 Here is the typical scene - everyone with a job to do 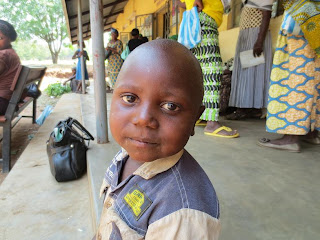 This guy was my buddy when I was taking a water break, but when he came to get tested, he was terrified! Our translator said he was screaming "I'm dying!!!" while getting his ultrasound 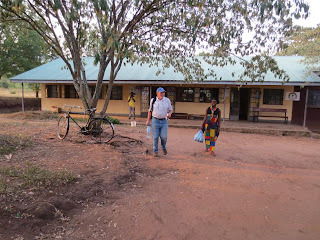 Our 2 translators and Dr. Zehyle at the end of a long day, walking back from the medical center


The purpose of today is to screen for Hydatid disease, which is caused by a very interesting parasite called Echinococcus. I have copied a picture from our parasitology notes, courtesy of Dr. Polley at the University of Saskatchewan, to better explain why this is such a cool parasite to study, especially in this part of the world. The main route of human infection is through contact with eggs found in dog feces. Once the eggs are ingested, the larvae move through the blood stream and can cause cysts to form in various organs, but most commonly the liver.  Humans act as an "incidental host" which means they do not transmit the disease back to dogs like the moose (or Hartebeast of Water Buffalo), but they are still susceptible to cyst formation. If the disease is caught early it can be successfully treated with drugs, but later in its course, it requires surgery. Due to the presence of lions, leopards, and other carnivores in African countries like Uganda, some scientists speculate that these species could also transmit this parasite to humans. In addition, there are also many different herbivores including goats, buffalo, and countless types of antelope which could take on the role of the “intermediate host”. Such zoonotic diseases highlight the important relationship between human and animal health, often referred to as “One Health”. 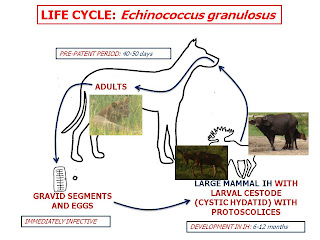 Here is Dr. Polley's life cycle- I added a few pictures to the original
In working with a few villages in Queen, I have learned a lot about One Health. We are lucky that Dr. Seifert is so passionate about teaching students, not just about wildlife medicine, but also about some of the complex social issues which have a huge impact on wildlife conservation. I find myself very inspired by the people like Dr. Seifert who continue to work here to promote wildlife conservation and community development. 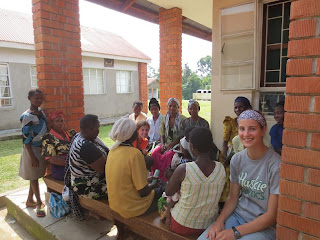 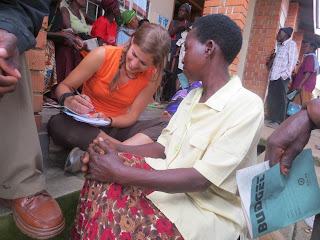 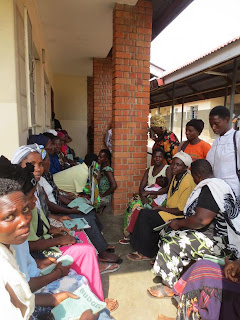 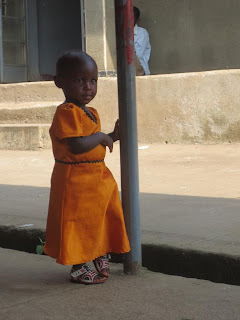 It was a long day for these women, and we also made a new little friend

So after 3 days helping out with the ultrasound clinic, we saw about 400 patients and around 10 positives for Hydatid Disease. The doctors carrying out the study hope to organize treatment for these patients, and hopefully we were able to educate some people about how to break the disease cycle. Overall, it was a worthwhile experience and I definitely learned a lot about the human-animal health connection in the people living in Queen. Our last day spent with Dr. Seifert was very exciting, but I think I will let Tara tell you about our experience with “the lion man”.


Ps. (This is a VERY critical paragraph for all our readers) I am starting to get concerned about Elad. Whenever I leave my computer open he writes flattering blog articles about himself. Although, he definitely did impress me today. He’s basically my mentor. I’m not sure what I would do without him. I’d be completely lost! Yep, he sure is the best. 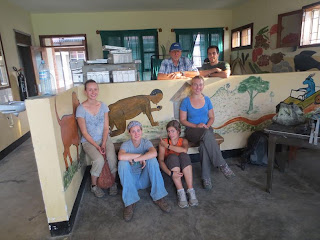 Here we all are with Dr. Zehyle at the end of our 3 days of work 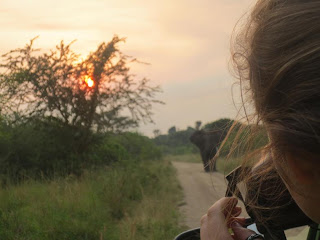 Lastly, I could not help putting up this picture I snapped while driving out to our work - we had a sort of a stand off with this guy. He did NOT want to leave the road, so he shook his ears at us and we had to back up the land rover for a km or so until he became more interested in the Acacia trees.